Kostivere karst area should certainly be visited in different seasons of the year. It is quite an experience to walk on the smooth limestone slabs of the dry course of Jõelähtme river and examine the caves. You certainly cannot walk in a normal riverbed and stay dry! A bit of water can be seen here and there, but that is all. During high water, however, it is almost impossible to get across the river. 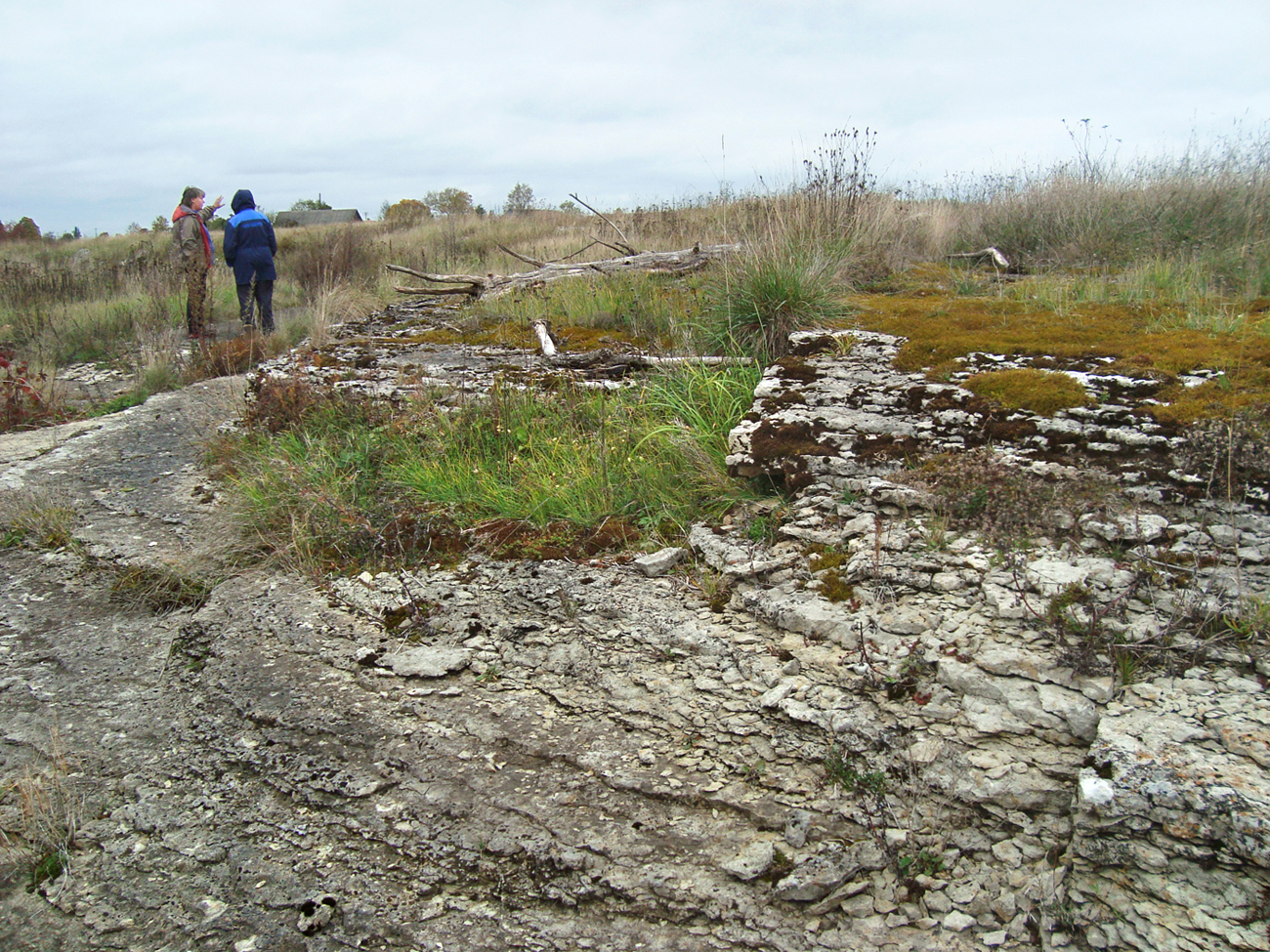 There is a tale about how Kostivere caves and the secret river came about:
Many strong men lived in Kostivere in olden times. They were successful, wealthy and lived in friendship. All of a sudden they seemed to fail in their work, and poverty crept into their homes.
One Thursday night one of the men happened to see the Old Devil, who had been stealing in the village. The men decided to punish him.
Next Thursday they all met up, each carrying a sturdy stick. It was just past midnight when the Old Devil appeared. The men set upon him. The Devil dug a tunnel in the ground to escape them. The men did not dare follow him there and dispersed, trying to see where the Old Devil might reappear.
The latter, unaware of their plan, stuck his head out near the manor house. The men were there at once and beat him with sticks. The Devil crawled quickly back underground and dug another passage. Whenever he stuck his head out, the men were instantly there. Finally, after having run around under the ground for a while, the Old Devil managed to emerge near the Jõelehtme village and escape. He never bothered the men again.
Where the Old Devil ran under the ground, water started flowing, and this is now called Salajõgi (secret river). Places where the Devil stuck his head out, became caves.
ERA II 165, 251/3 (1) < Jõelähtme khk. ja v. - H. Ojapõld < Jakob Ojapõld, 69. (1937).

In the area between the Kostivere country town and Narva road where Jõelähtme river vanishes under the ground and becomes a secret river, lies Kostivere karst area, the biggest in Estonia. The location is also known as Kostivere caves.
Kostivere karst area is 2.5 km long and 0.5 km wide, with the area of 125 ha. About 9000 years ago, after the Baltic Sea retreated, Jõelähtme river started flowing along the basin and karst developed. The shaping of the underground river was enhanced by the existence of pre-Ice Age karst forms and a dense network of tectonic cracks.
Karst area has attracted the attention of many nature researchers. The area was first described and investigated in 1774 by pastor and enthusiast of local lore A. W. Hupel. In 1898, Fr. Schmidt, academician in geology and paleontology, introduced Kostivere karst area to the participants of the 7th international geology congress.

During the spring flooding, the underground caves and cracks are unable to receive all Jõelähtme water, and water forces its way above ground, filling the collapse areas to the full. After that, Jõelähtme river flows under Peterburi road like an ordinary river. In dry times, however, the riverbed is empty. During the low time in summer and winter, the underground river flows 4–5 m deep. The flow paths form a network with many branches. Larger groups of karst forms have appeared at the crossings of the river's branches.
The most mysterious phenomenon of the Kostivere karst area are the karst caves, the biggest being „Karjakelder”, 6 m long, 4 m wide and 2.5 m tall.
Crevasses, collapse funnels, caves and other formations are wonderful examples of nature's creativity. Kostivere nature reserve was established precisely in order to protect these natural monuments. 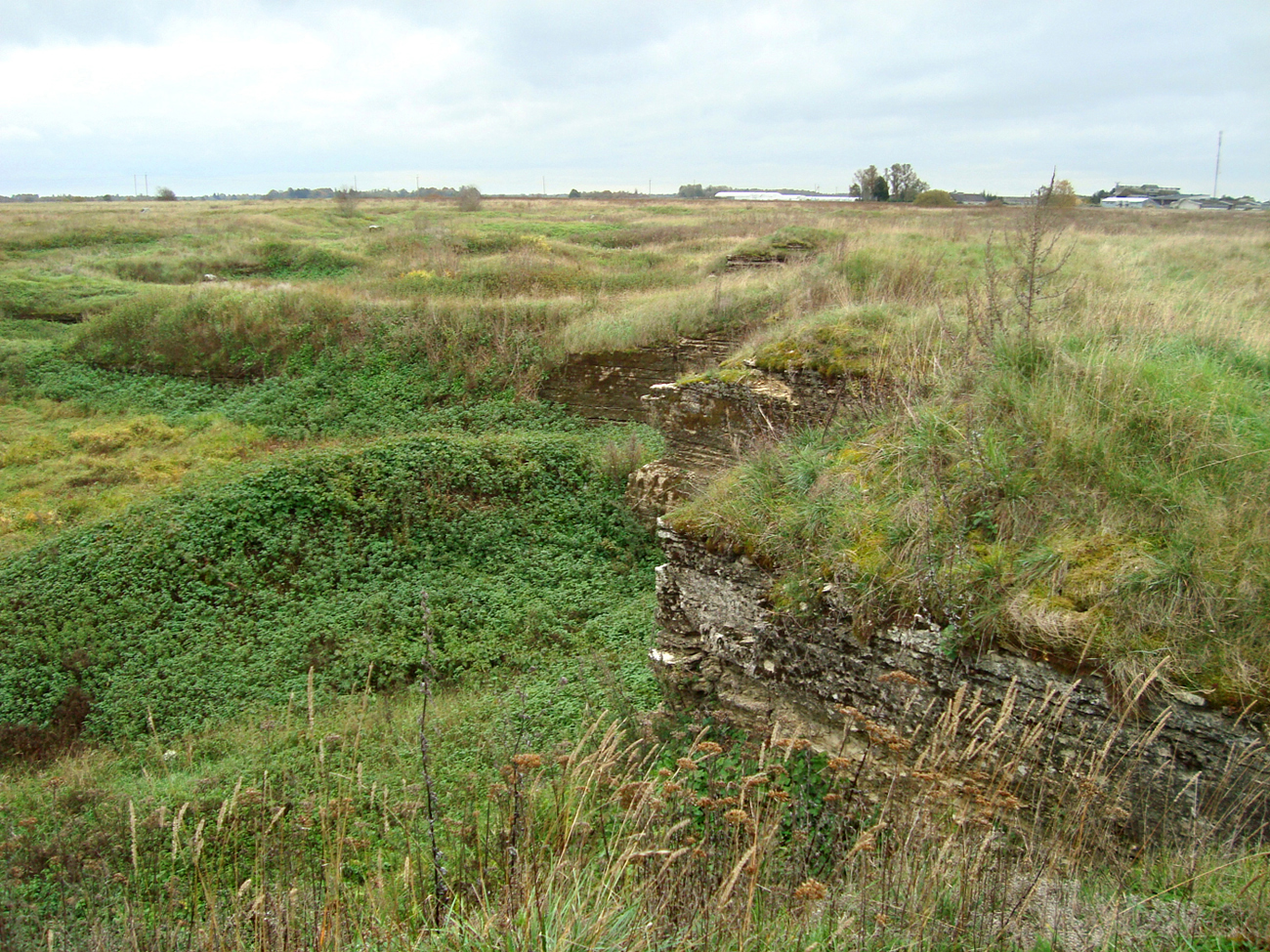 Gustav Vilbaste wrote in 1924: „Kostivere caves look different in spring and in summer. In summer big and deep caves, holes, hollow limestone bits can be seen near the Kostivere manor alvar. Steep banks do not allow access everywhere, and you have to make a loop to get across to the other shore. All caves are mostly dry. During a few kilometres, Jõelehtme (Jõelähtme's previous name) the river disappears completely, flowing underground, and can be glimpsed only in a few deeper cracks.
In spring, the whole alvar is under water. No sign of caves, holes, cracks, only water everywhere.
All that mighty water above and under the ground becomes one river north of the Narva road (i.e. the old Narva road). Smaller places where water appears can no longer be seen as deep flowing water covers them.” 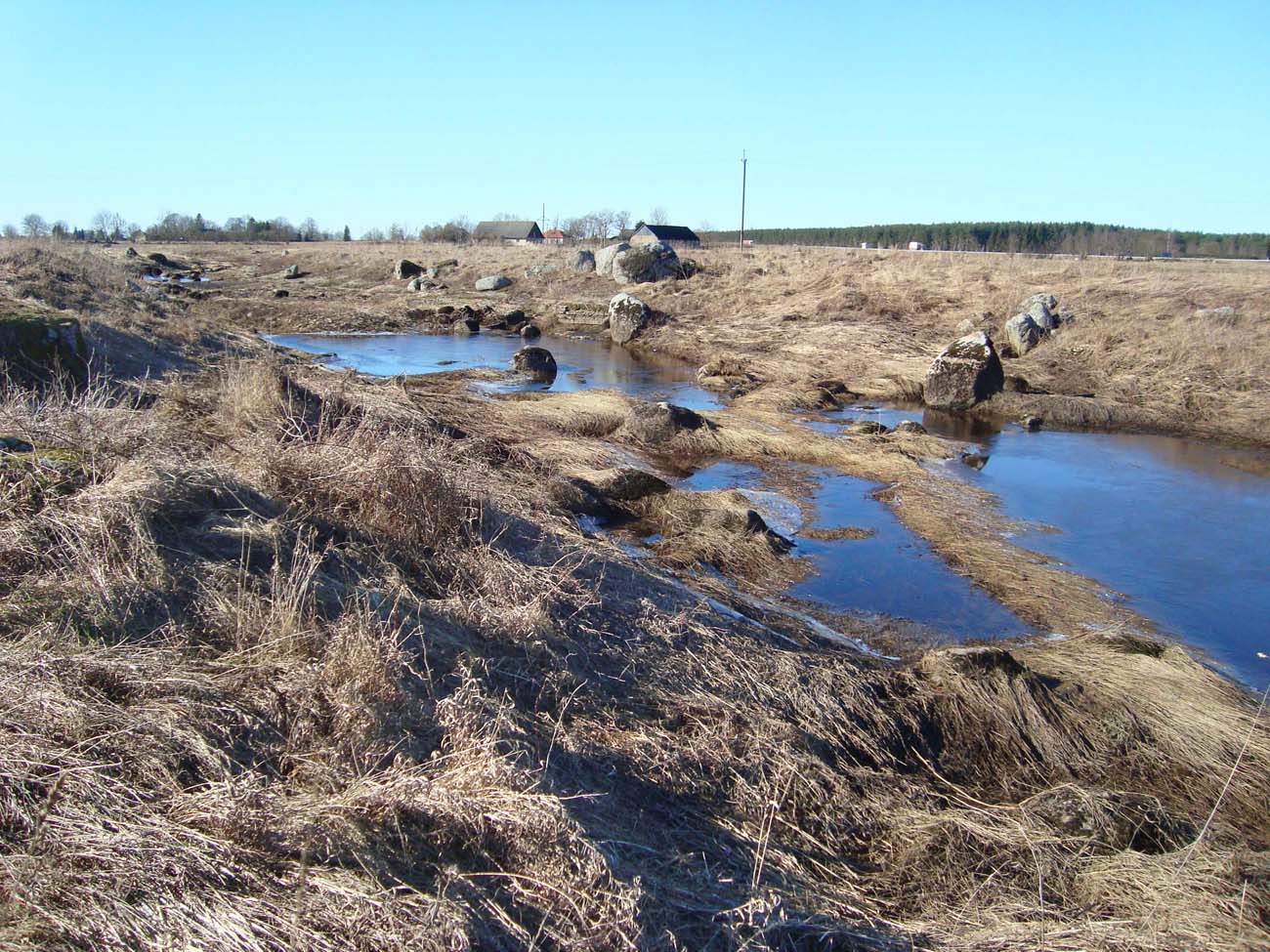 The old Monastery and new Convent at Pirita

Rannu Cemetery and The old Former Parish Office in Vallapalu